The Isle of Rum is an important destination for geologists due to the nature of its formation and the scale of the processes, the results of which can be seen across the island. Rum has taken approximately 3000 million years to form and has a wonderful mix of some of both the oldest rocks and the youngest rocks in the world. Rum’s current appearance is as a result of intense volcanic activity during the Tertiary period with the final shaping occurring during the glacial periods. Rum can be split, broadly speaking, into three main geological regions; the Torridonian sandstones of the north and east, the western granites and the central igneous zone of the Rum Cuillin range.

60 million years ago, magma began to accumulate under the British Isles welling up through faults, some of which most of us are familiar with today – the Highland Boundary Fault, the Great Glen Fault and the Camasunary Fault, which is an area of deep water between Rum and mainland Scotland. On Rum, magma domed up along the Main Ring Fault, raising the earth’s surface by some 2,000 metres. After the release of the pressure of the magma the huge dome collapsed forming a massive caldera over the southern half of Rum. The magma pushed up Lewisian Gneiss as it rose from beneath the Torridonian sandstone. This gneiss is some of the oldest rock in the world at nearly 3 billion years old. The caldera was slowly filled in by further eruptions and collapses of the surrounding walls forming the layered structures of most notably Hallival and Askival. When the eruptions eventually stopped the Rum volcano was subjected to erosion and finally, more recently, Rum was sculpted into its present recognisable form by repeated periods of glacial action.
Here is a great overview of Rum Geology by Trinity College, Dublin 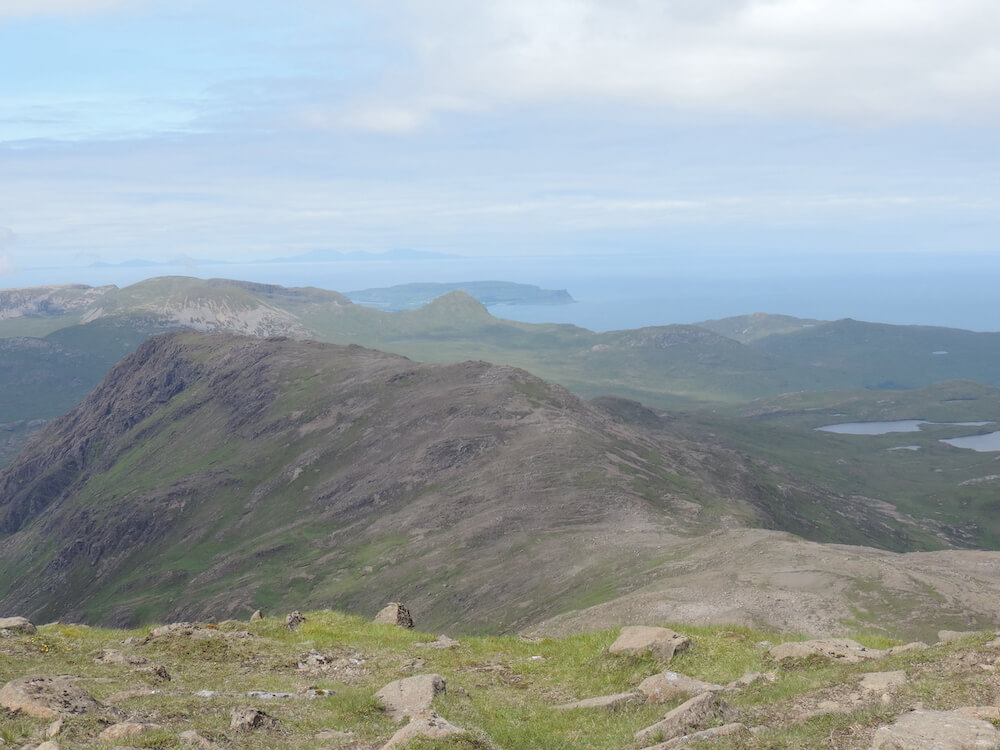 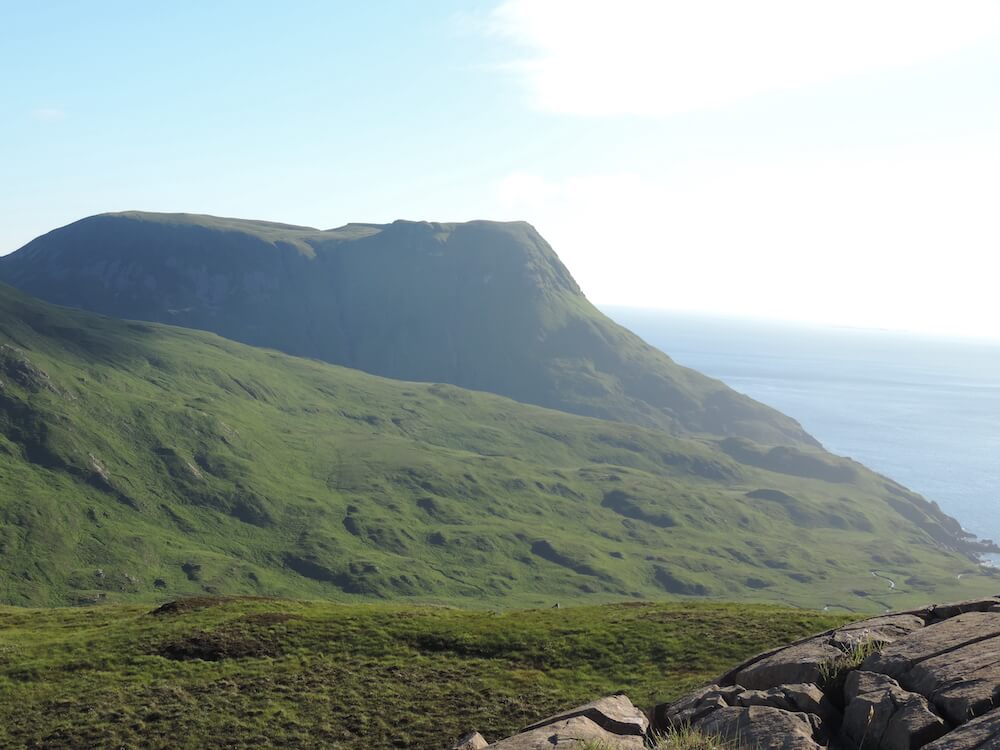 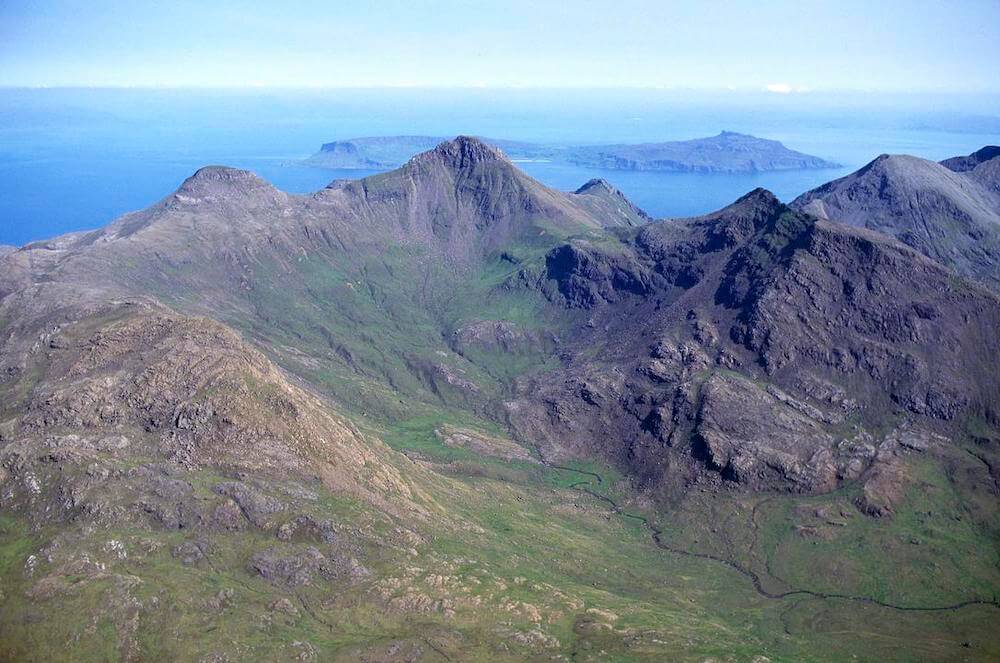 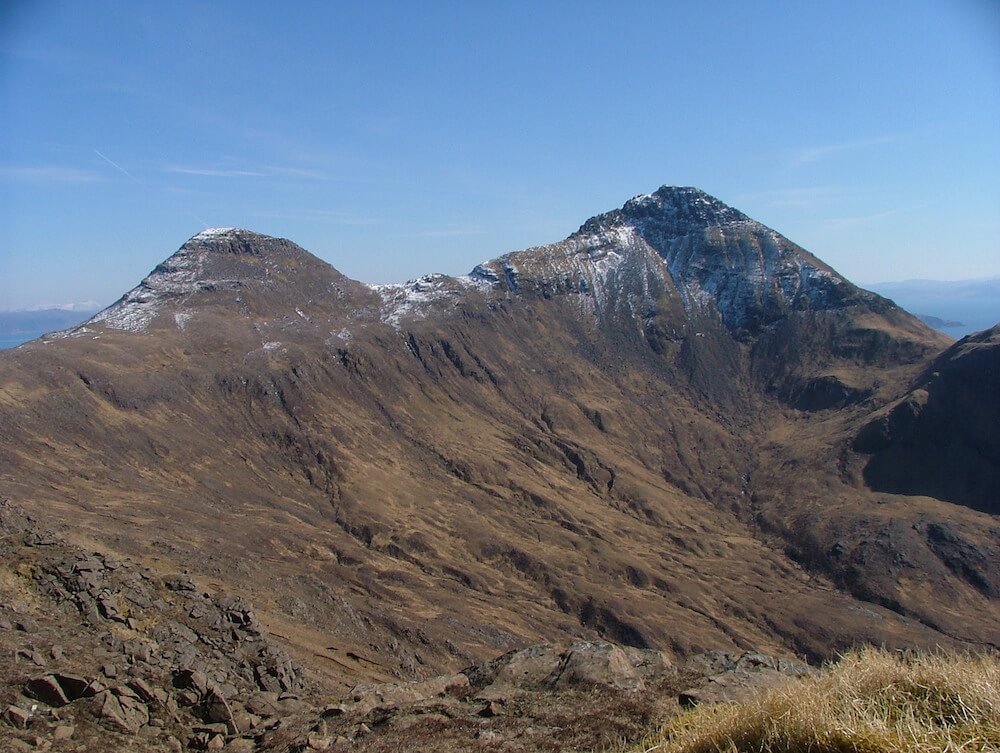 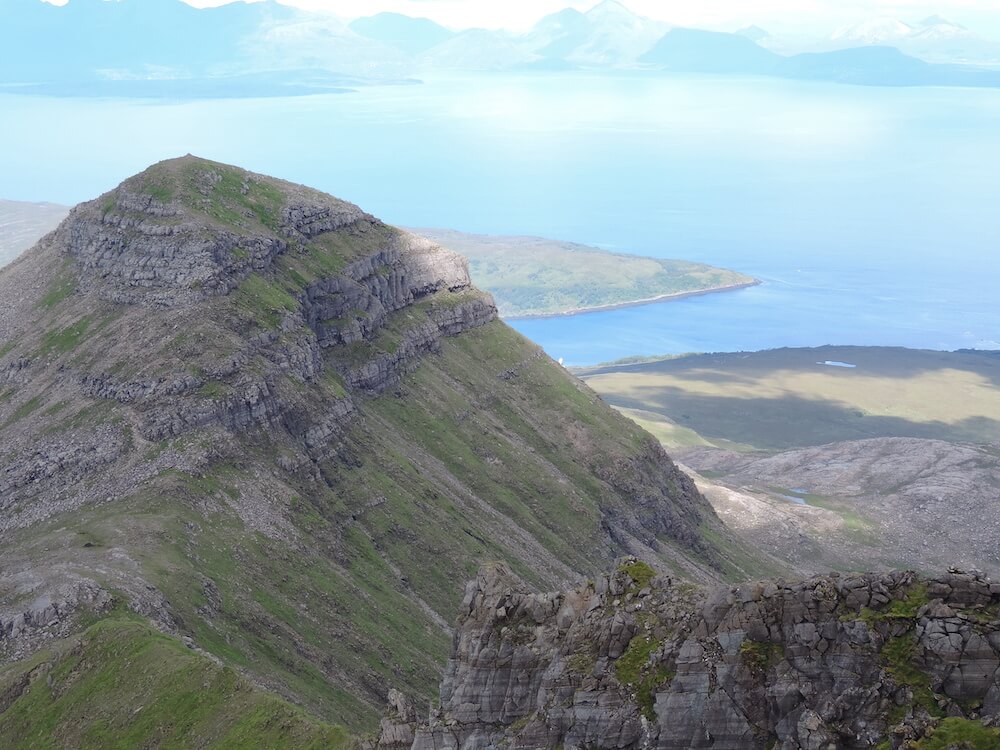 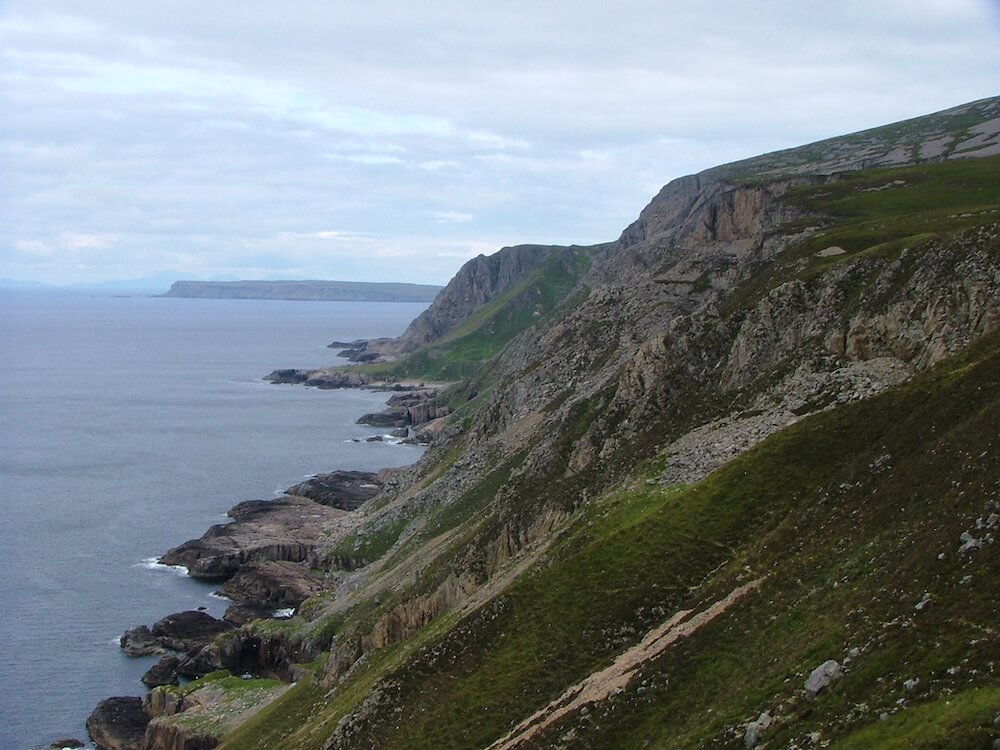