Bare Feet and Tackety Boots: A boyhood on the Isle of Rum" - Archie Cameron

In this text, the last survivor of those who were born and raised on the island of Rhum before World War I presents a social history and personal anecdote of a way of life gone not long ago but already almost forgotten.

Rum: A Landscape without Figures" - John A Love

This is an account of Rum, one of the Hebrides and the people who contributed to its story. The site of some of the earliest settlements in Scotland, Rum's history extends back to the Mesolithic period. It was also an isolated haven for the early Celtic Church in the figure of Beccan the Solitary, and later formed part of the territories of the Vikings and Clanranalds, and ultimately the Macleans of Coll. Its population were driven out to North America between 1826 and 1828 and the Bulloughs, a family of Lancashire industrialists, bought the island towards the end of the nineteenth century and left a bizarre legacy of Edwardiana in the form of Kinloch castle and its grand contents. This work paints a picture of the island as a rich cultural and natural heritage that eminently justifies its status as one of Scotland's finest nature reserves. 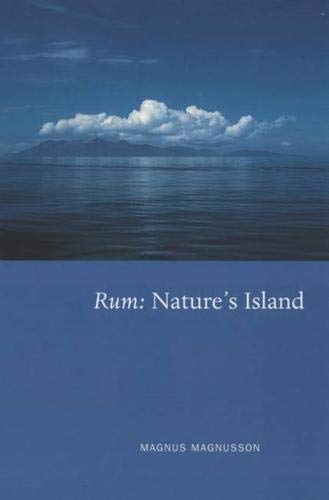 A fascinating story of the Hebridean island of Rum, from well-known broadcaster and writer Magnus Magnusson. It moves from the earliest times, through the clearances and its period as a sporting playground of the rich to its rebirth as a National Nature Reserve. Thoroughly researched and written in a lively, accessible style, it includes comprehensive coverage of the island's geology, wildlife, plants, and people. With practical information for visitors on accommodation, walks and heritage trails

In Eccentric Wealth, Alastair Scott traces the life of Lancashire industrialist Sir George Bullough in this absorbing biography which explores his family's connection with the Hebridean island of Rum, particularly the building of Kinloch Castle, the most intact preserve of Edwardian high-living to be found in Britain. Based on new information, the book offers a fascinating insight into the life and times of one of the great eccentrics of his age, including the Bullough myths and scandals which continue to make extraordinary reading more than a hundred years later.

"Walking on Rum and the Small Isles" - Peter Edwards

(Released in Jun 2012) A new guide to walking and backpacking on the Small Isles in the Western Isles of Scotland - Rum, Eigg, Muck, Canna, Coll and Tiree - including a tough 55km backpack around the coastline of Rum, a challenging round of the Rum Cuillin and an ascent of An Sgurr on Eigg. Easy routes exploring Rum's National Nature Reserve and the other islands.

'We had near us, on the west, the high and wild mountains of the Isle of Rum on the north, the fine mountains of the Isle of Sky, with their tops covered with snow. The sea rolled its high billows, and broke against the rocks whilst innumerable flights of seagulls, penguins, and other birds inhabiting the icy seas, were swimming, plunging, and flying' - Necker de Saussure Voyage to the Hebrides, 1807
This is the first book ever to be written on the collective history of the little group of islands between Ardnamurchan and Skye. As some of the best known Hebridean islands, Canna, Rum, Eigg and Muck have a long and varied history, but are also amongst the least documented. Rum was the playground of the Macruari kings of the Northern Hebrides; Eigg was the island meeting point where their descendants conceded primacy to the Islay Macdonalds, while Muck and Canna were the property of Iona, spiritual nerve centre of the west.
With reference to both the extensive material remains on the islands and rare original source material, this book is a dynamic and wideranging account of the Small Isles and their history. 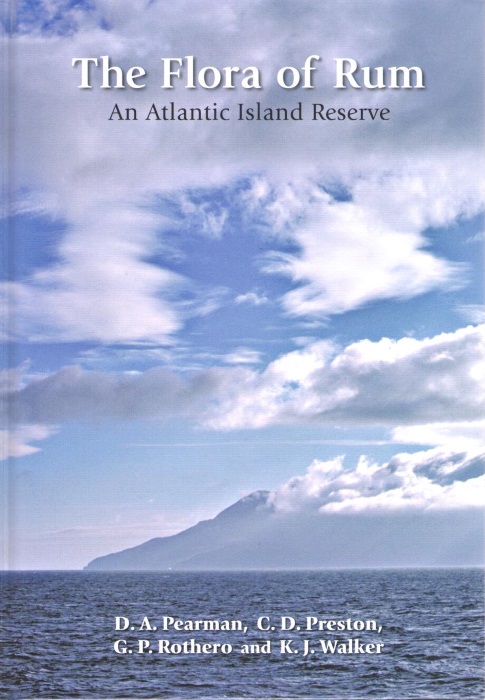 This new flora provides a detailed account of the stoneworts, bryophytes, ferns and flowering plants of the island. It's oceanic climate and nutrient poor but varied soils encourage a distinctive flora, rich in bryophytes and an unusual mix of flowering plants, with some rare species elsewhere being more abundant here and vice versa. Includes background material on climate, geology, vegetation and the history of Rum. The book is based on a critical assessment of historical records, work initiated by Nature Conservancy and it's successors, as well as a recent survey at the tetrad (2 x 2 km square) scale.

"Rhum: The natural history of an island" - T.H. Clutton-Brock

This book is out of print but you may find it by searching at www.abebooks.co.uk

The mysterious Isle of Rum off the west coast of Scotland is the site of British botanist, John Heslop Harrison's discoveries of rare plant species which helped make him the outstanding scientist of his time. Many botanists, suspicious of the evidence, were unable to prove anything as all investigations were buried deep in a university library.
A Rum Affair is not simply an investigation about one particular gentleman in one particular field of science, it is about the history of amateur scientists, the times in which they lived & the clashes of egos in the arcane corridors of British universities during the 100 years in which Charles Darwin's theories shocked the world & scientific hoaxes were the talk of the town.
Be prepared for a humorous & learned read. Set a match to the fire, put the kettle on & the cat out, brew a pot & settle back into your highback wing chair because A Rum Affair will take you to one of the most bleak, treeless, monotonous places on earth where a handful of mysterious & rare plants were "discovered" in the 1940s & were never seen again. A Rum Affair is for everyone who loves a good yarn about the humans who trample upon the natural world & the lengths to which they'll go to become immortals in their field! Fascinating!

This pocket-sized, flexi-back guide gives an overview of the geological evolution of the island of Rum and provides a comprehensive selection of excursions illustrating Rum's Paleocene igneous rocks. It gives advice on travelling to the island, accommodation, weather conditions - and midges. 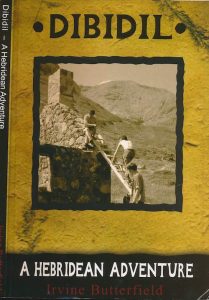 The book tells the story of one of the early MBA work parties- to restore the ruins of Dibidil cottage on the Isle of Rum for use as an open shelter.  It describes the story of the restoration project from its original conception in 1968 through the planning and organisation to the landings of material in near-gale force winds at Easter 1970 to the final successful work party of July 1970 accompanied by midges, clegs, and, inevitably for one of the wettest places in Britain, rain.

This is a guide for walkers, climbers and visitors. It departs from most climbing guides by giving information on a range of topics. Rhum, being an important National Nature Reserve, is different from (and finer than) most areas where we perform our rock antics, and as such should appeal to a greater range of visitors. The Inner Hebridean Island of Rhum is still an island of mystery to many people, perhaps because the memory still lingers of former landed gentry who discouraged visitors by every means possible. It is an island which delightfully combines interest for both climber and naturalist. The Nature Conservancy Council bought the island in 1957 and now manages it as a National Nature Reserve. 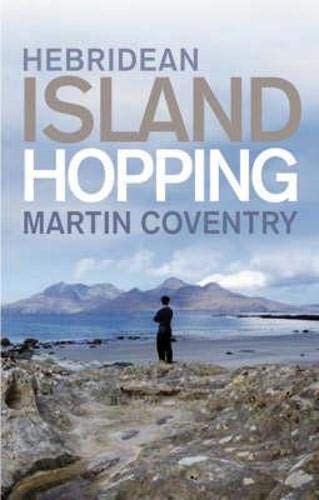 The concept of island hopping conjures up visions of freedom and adventure, whether it is on the sunny Greek Isles or in the lush surrounds of the Caribbean. The Western Isles offer Scotland's unique take - large skies, crashing seas, beautiful beaches and a diverse landscape. Each island has a unique and individual character, landscape and history which have attracted and intrigued travellers and visitors for hundreds of years. "Hebridean Island Hopping" covers everything needed to get the most from a visit to any of the Western Isles, all packed into one handy volume. Illustrated throughout with photographs, maps, and ferry points with a comprehensive index, this is an eminently practical, portable and essential guide for the independent traveller. Previously published by Polygon, this is a completely rewritten and updated version of a bestselling book. The islands covered include: Outer Hebrides - Lewis; Great; Bernera; Shiant isles; Harris; Scalpay; Taransay; St Kilda; North Uist; Berneray; Baleshare; Benbecula; Grimsay; South Uist; Eriskay; Barra; Vatersay; and Mingulay/Berneray. Inner Hebrides include: Skye; Raasay; Rona; Summer Isles; Isle Martin; Rum; Eigg; Canna; Muck; Coll; Tiree; Mull; Iona; Ulva; Staffa; Treshnish; Earraid; Lismore; Kerrera; Seil; Easdale; Luing; Shuna; Colonsay/Oronsay; Jura; Islay; Sanda; Gigha; Bute; Cumbrae; Arran; Holy Island; and Ailsa Craig.

"Macc and Other Islands" - Graham Wilson

In Macc and Other Islands, Graham Wilson explores some of the remotest, most spectacular parts of Britain — the Hebrides, Orkneys and a couple of deserted Atlantic outposts. Landscapes, people and snippets of history are recalled with wit and affection: Rum, Eriskay, Mingulay, Jura, Sula, Arran, Hoy, Skomer and, above all, Barra. Reaching even the inhabited islands is not always straightforward, especially if you forsake the car for the sake of the planet, are encumbered by a young family and have rashly decided to revisit scenes of summer pleasure in the depths of winter. Other islands, like Sula, are only visited by those driven by religion, ancient tradition or economic need. 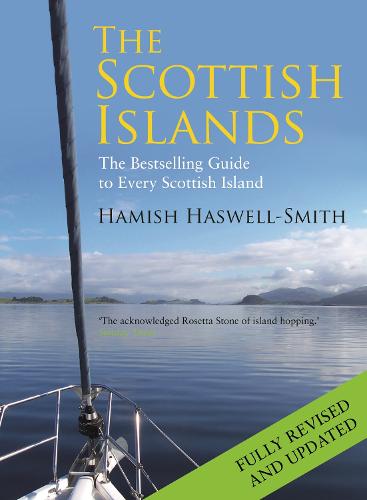 Fully revised and updated, this is the only book with detailed information and maps on every Scottish island. With the author's own paintings liberally illustrating it, this beautiful guide will take you everywhere, whether by armchair or yacht. From the abandoned crofts of Mingulay and the standing stones of Orkney to the white beaches of Colonsay and the spectacular Cuillins of Skye, this is the first complete gazetteer to cover all of Scotland's many hundreds of islands, including those which are uninhabited and those which are notoriously difficult to reach.Packed with information on access, anchorages, points of historical or natural interest and things to do and see, this fascinating compendium provides indispensable information for touring, for browsing, for reference, and for all of those travellers who wish to experience some of the most beautiful and remote places in the world.
No other book begins to emulate the range and depth of the information contained in "The Scottish Islands". Illustrated with full-colour illustrations and relief maps of all the main islands, this is both an impressive work of reference and a fascinating personal view of Scotland's distant outposts. 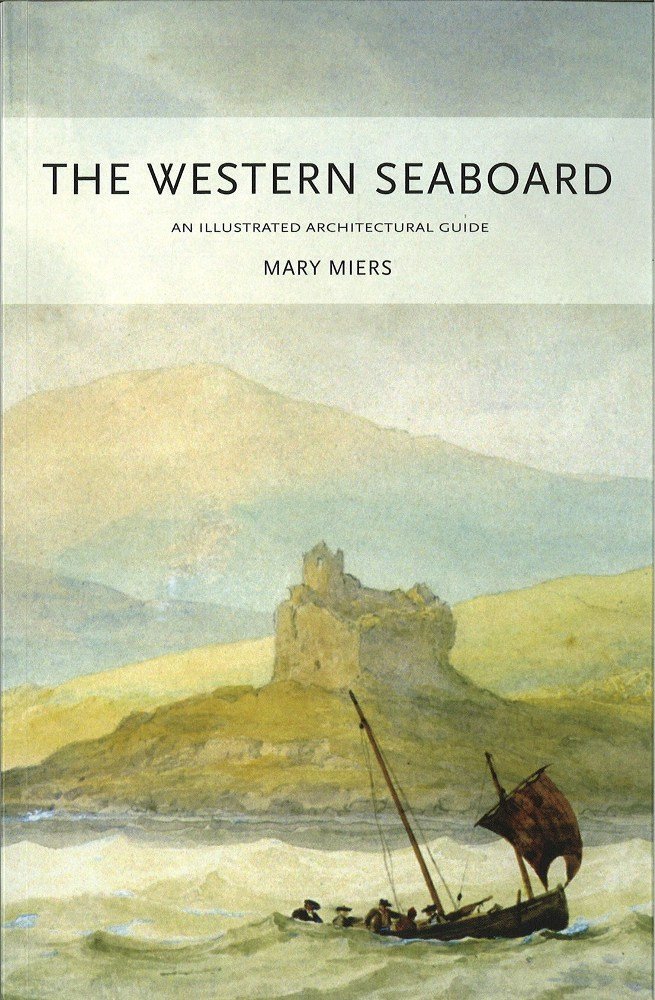 Drawing on a lifetime's knowledge of this wild corner of Britain, Mary Miers takes us beyond the familiar sounds and scenery of the West Highlands and Islands to uncover an extraordinary record of human settlement, from the earliest 'terraced' houses on the machair of Bronze Age Uist to Scots Baronial piles set amid semi-tropical gardens. On the way she encounters the shrines and stongholds of medieval Gaeldom; planned fishing stations, canals and railways; houses ranging from the fashionable to the vernacular and the Highland urbanism of Portree, Fort William and Stornoway.
This richly illustrated handbook reveals how the architecture of the Western Seaboard has transformed itself through at least four cultures - a compelling story of survival and revival. It is a story of holy men and holiday-makers, seafarers, warriors and crofters, and of the enduring infulences of relition and clanship in the face of repeated waves of modernisation. This is the ideal accompaniment for anyone withing to visit some of the most haunting landscapes in the world and learn something of those who inhabit them.